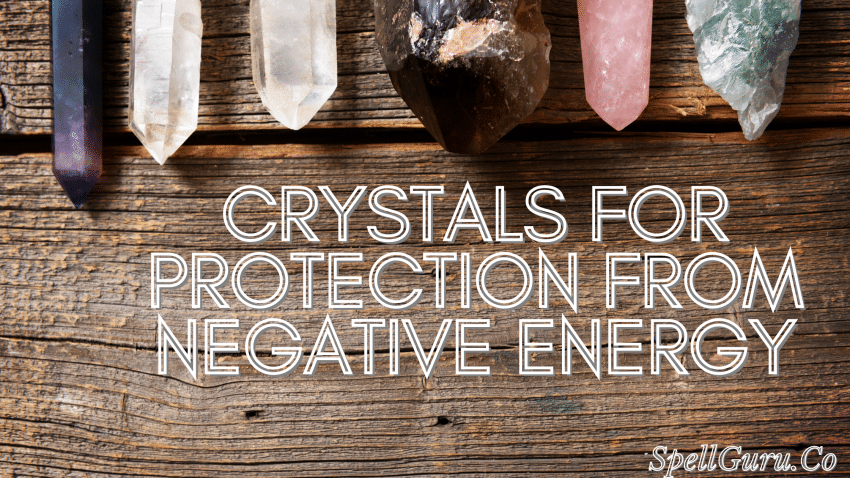 Protecting Yourself with Crystals

Crystals to Protect from Negative Energy

This is by no means an extensive list but these are some of the more common crystals used against negative energy. You’ll often see clear quartz used as a stand-in for many tasks in crystal energy work but these are better suited for protection.

Whether its negative emotions, bad energy or unwanted electromagnetic frequencies – there are lots of reasons why you might be turning to crystals for a solution. Luckily, crystals have fantastic energy absorbing and transforming properties, and many offer a great deal of protection to their owner. Certain crystals have the ability to repel negative energy, creating a protective shield around who wears or holds them, creating calm, clarity and safety.

Out of all the stones on this list, Black Tourmaline is the best at providing all-round protection from negative energy. Not only does the stone help protect the mind and spirit, but it also protects against harmful emotions, electromagnetic frequencies, and even provides protection against accidents. It isn’t called “the stone of protection” for no reason, and anyone looking to protect themselves from negative energy should make this a staple in their collection. The reason why Black Tourmaline has such powerful protective properties is largely down to its grounding nature. It works to repel and disperse negative energies, ensuring more positive vibrations and in turn, better luck, lighter moods and a general sense of optimism. Due to its strong protective properties, this crystal is often placed near entryways and thresholds, not only warding off intruders but making sure you don’t bring negative energy in from outside either. You could also wear Black Tourmaline on jewelry for protection when on-the-go.

With such an unassuming, dark and dull appearance, you’d never know that Shungite holds such magnificent energetic properties! Shungite is actually an ancient mineral, thought to be around 2 billion years old, and it’s believed to have antibacterial qualities as well as strong protection properties. Protection from electromagnetic frequencies is becoming an increasingly pressing issue as we rely more and more on electronics in our everyday lives, and Shungite is an especially helpful stone for protecting against this energy. Shungite is believed to be able to absorb excess electromagnetic frequencies, neutralizing them to restore balance to the surroundings. The science behind this is the presence of ‘fullerenes’ in the stone. These ‘fullerenes’ are a type of pure carbon molecule that is believed to block electromagnetic frequencies. If you rely on electronics like computers, mobile phones and televisions at home and at work, try placing a lump of Shungite near your devices to feel the mental and spiritual effects of the crystal’s protection. 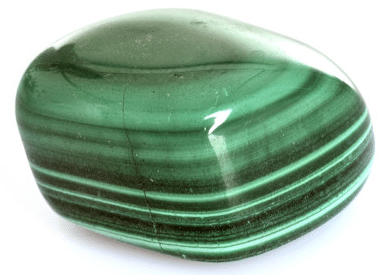 Malachite is a stone known for its wide range of properties, such as healing, loyalty-boosting, comfort, balance and peace. And when it comes to crystals for protection from negative energy, Malachite is one of the best stones to use for protection against accidents, especially while traveling. Whether you’re headed out by boat, embarking on air travel, or just driving to get groceries, Malachite can work to repel negative energy and the potential of accidents. The crystal absorbs negative energy and pollutants from the body and the surrounding environment, promoting clarity, positivity, and helping to relieve trauma, grief and sadness. The stone boasts a distinctly beautiful green hue, which makes it perfect for necklaces, bracelets, rings, or even a key ring – anything that will allow you to keep the crystal close at all times!

Hematite is a well-known protection stone, believed to absorb negative energy and redirect it back into the ground. In fact, out of all the crystals, Hematite is thought of as the most grounding. This makes it particularly useful when it comes to protecting against negative, harmful and toxic emotions. The stone’s signature smooth, cool surface means that even to the touch, it has an exceptionally calming effect. This crystal acts as a shield against negative thoughts and emotions, protecting the owner against the negativity of others, but also anxiety, fear and stress. Take the stone with you throughout life and you’ll be resilient against emotional transference, or place it on your desk at the office to prevent rumors, gossip and frustration.

Fire Agate is a vibrantly colored stone that is known for its grounding, calming, protective properties, and especially well-suited to protecting the mind and spirit. Whether you just want to feel a more general sense of positivity or are looking to ward away negative spiritual energies, this stone is known to build a protective shield around the owner and reflect negative energy back to its source. Fire Agate is a favorite among psychics and mediums due to its ability to provide powerful protection while opening up communication to spirits, making sure no unwanted presences or influences arise. You can harness the powers of the crystal in your day to day life to reduce fear and anxiety, in favor of more clarity and positivity. 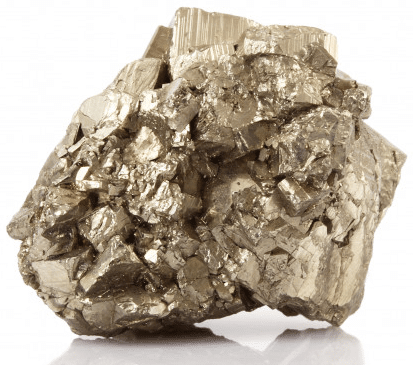 One of the most eye-catching stones of the crystal world, Pyrite is characterized by its striking, reflective surface. This especially shiny surface is one of the key reasons why the stone has gained such a reputation throughout history as a shield of protection. The mirrored surface is believed to help bounce back negative energies, returning them to where they came from. Furthermore, many crystal enthusiasts believe that the stone draws in any excess energy and grounds it back into the earth. These properties are especially helpful for establishing personal space and boundaries, not only shielding the owner but also helping to strengthen their personal aura and boost self-confidence.

All of these crystals offer powerful potential to protect their owners from negative energy, as well as a string of other reported benefits that are individual to each one. So, whether you came here looking for protection from negative energy, emotions, electromagnetic frequencies, accidents, ‘energy vampires’, or just to protect your home – you probably found something on this list that sounds good to you! Whichever crystal you decide will be the latest addition to your collection, you can look forward to a clear, calm and secure aura and the potential of more positive interactions with others.