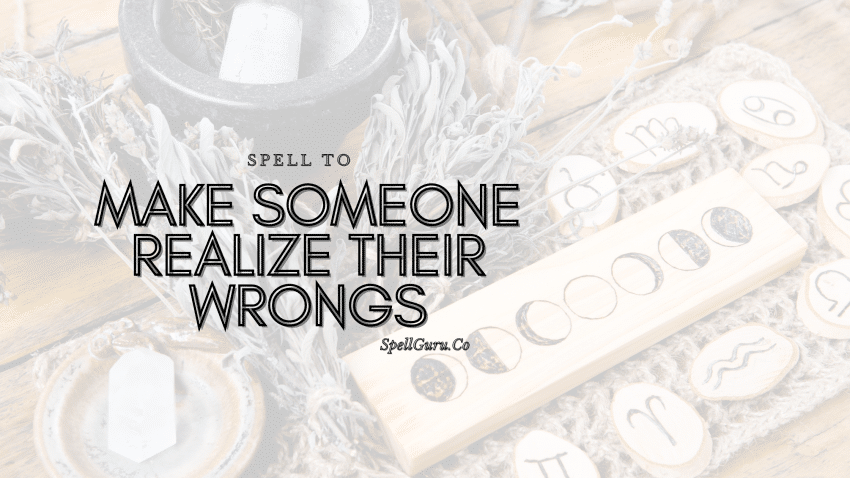 Using a spell to make someone realize their wrongs can be a force for good. We’re not trying to actively punish them for their deeds, maybe just speed things up a little karmically. The sooner they realize what they’ve done the sooner they’ll stop doing it and fix the behavior making it good for both you and for them.

This kind of spell to make someone realize they have done wrong breaks down into three basic ideas:

Note: This is one of our Coven’s more potent spells and it can be a little complicated. We’ll include a more basic incantation below but the full ritual is a lot more potent and should be used completely if possible. If you want a simpler ritual you might want to consider our vinegar banishing spells.

Before casting a complex ritual like this make sure you take the magick ability test so we can help pinpoint your innate abilities. Focusing your casts on your strengths will greatly increase your spellwork and success.

This spell is based on a very old ritual but has been converted to use more simple household items. It’s incredibly potent but does require a little time and preparation. 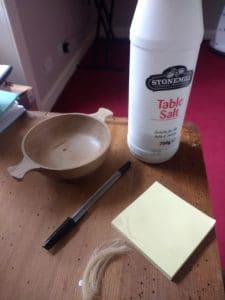 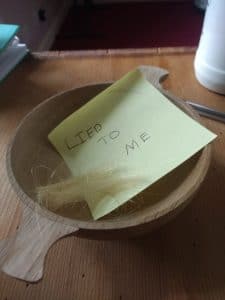 By the Godess and fairness,

Bring this totem the awareness.

The wrong they have done,

So mote it be 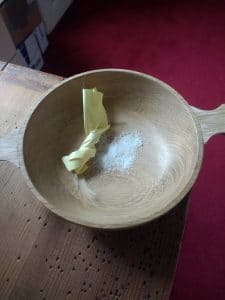 Once you have finished, close your circle and place the container and items somewhere safe for at least 7 days.

Note: If the person’s wrongdoing was directed at you then after this spell I suggest using a cleansing ritual for negative energy for yourself.

If you want to skip the ritual you could use something as simple as just the incantation. Note: this will be far less effective but it’s down to you to decide what the situation requires. This doesn’t have the same binding as the totem ritual but can work itself in minor circumstances if they’re already close to realizing what they’ve done.

All we do is tweak the incantation slightly and repeat three times. 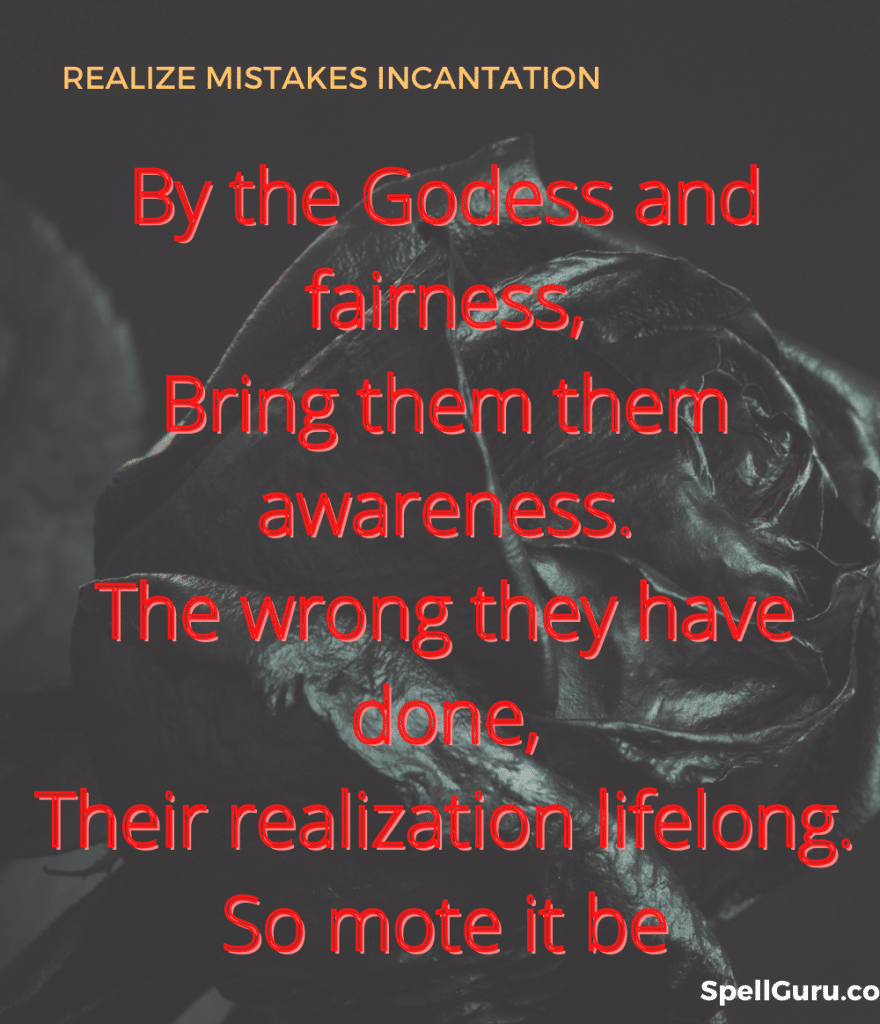 To make any spellwork more potent you should attune your ritual to your own innate abilities. Take a moment and let our coven help you find them:

The Risks of This Spell

This is a favorite in our coven because it clearly follows the rule of three, unlike more direct revenge spells. You’re not trying to cause harm and by seeing their own mistakes you’re giving them the opportunity to both make up for them and prevent it from happening in the future. Overall, it’s a very safe spell with little to no risk.

Make sure you think this through before casting, however. What might the person do?

When you use a spell to make someone realize their wrongs you’re accountable for what they do to atone for them. It’s a good time to reach out and offer them a listening ear.

Visualization for an Apology

If you prefer to simply use a visualization this is a good example. A visualization like this allows you to ask the universe that they realize their wrongs and apologize for it.