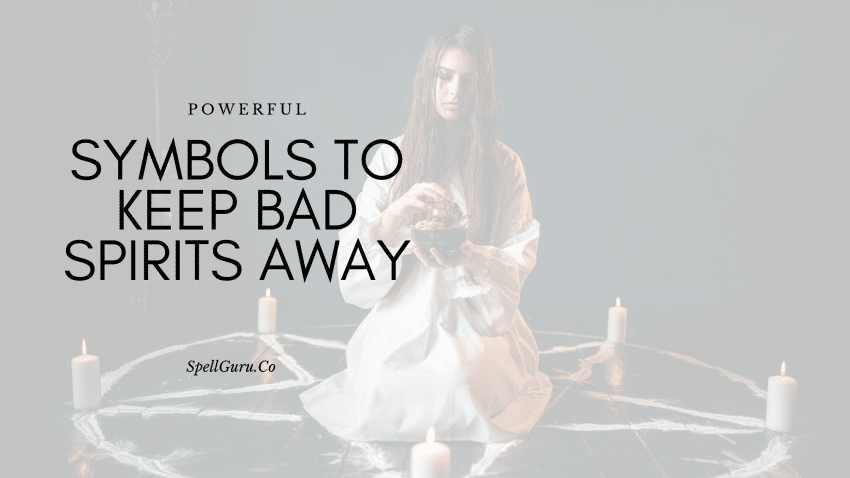 There are many, many different symbols of protection people have used over the years but these are some of the most powerful symbols to keep bad spirits away that you can use either for yourself or your home.

I’ve also covered protection spells against negative energy and you can absolutely use rituals alongside these symbols.

How to Use Symbols to Keep bad Spirits Away

There’s no hard-set rule here. You can use this Wiccan symbols as part of a ritual or by themselves. If you’re looking for long term protection you might create a sigil or use a piece of jewelry or make a protection amulet to wear.

I always wear a pentagram as an anti possession symbol when I sleep personally but you can edge or even draw symbols and sigils with a pencil if you want something more temporary. The only thing which is important is that however you create a sigil or inscribe the symbol you need to treat it with respect. 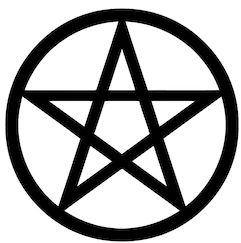 One of the most well-known symbols which is much used in the Wicca religion is the pentagram. This is a five-pointed star (the name comes from the Greek word ‘Penta’ meaning ‘five) and the star is often enclosed within a circle. The circle represents eternity, whilst the five points of the star represent the five natural elements – earth, fire, water, air and spirit. This symbol is said to ward off witches, demons and negative energies. It is believed that it was first used as a symbol (glyph) of protection in medieval times and Wiccans and Pagans use it both for protection and as a symbol of their faith 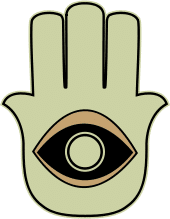 The eye was first used as a protective symbol in the Ancient Egyptian civilization and it has been used for thousands of years ever since. There are a variety of different symbols and charms, keyrings depicting the ‘evil eye’ in Greece as it is widely used as protection.

The concept of the evil eye is that it can deflect negative energies that can be glanced in the direction of the wearer by someone who is envious of that person’s achievements, good luck, clothes or even their new baby and that some people do attract envy. Small charms of the evil eye are often pinned onto babies’ clothes to keep them safe. In the last ten years, the symbol has become increasingly popular and can even be seen incorporated in ladies’ fashions and worn by many well-known personalities. 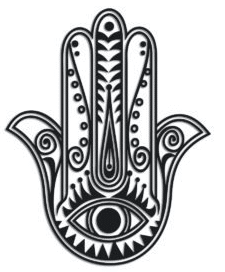 In the Middle East and Africa, you will often see the Hansa which is an upturned right hand with an eye etched on its palm and this symbol is worn as jewelry and also used as wall hangings. There are many variations of this symbol from a simple line drawing to very elaborate designs that can be personalized.

The Eye of Horus ‘The All-Seeing Eye’ 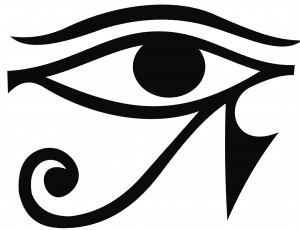 This was an amulet that was buried with the Pharaohs in Ancient Egypt and was said to have divine power. It is still thought that anyone who sees the Eye of Horus will be protected. Often there are shapes depicted within the eye and these have links to ancient sacred geometry. 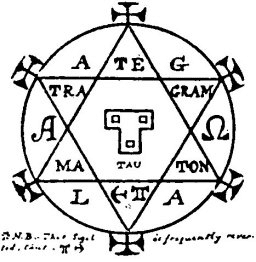 This distinctive six-pointed star comprises of two interlocking triangles and has several different meanings including protection. It is named after King Solomon who used to call on the help of the spirits using his ring that was engraved with a hexagram and it was much used in medieval times for the same reason. Worn as a symbol it offers powerful protection and is often engraved with runes and symbols of power. 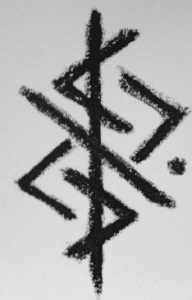 A bindrune is a symbol that comprises several runes and each of the runes has different benefits but the most common combination is of protective runes such as Algiz for divine protection and Ingwaz – total harmony. It is possible to create a bindrune that only you know the meaning of. And as well as protecting you, bind runes are said to give the wearer inner strength.

The triangular Triquetra is a form of Celtic knot that has no beginning or end. It is shaped in as a protective shield The three-cornered knot is a reference to the three goddesses and the interwoven knot represents never-ending protection. 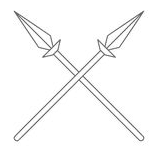 Simple and striking, the symbol of crossed spears is instantly recognizable and has long been used in cultures where people have not been able to read. The symbol has always been used for power and protection and has been used in heraldry and national flags and emblems. It is said that the crossed spears put up a physical and mental barrier and blocks all negativity.

Selecting a Symbol to Keep Away Bad Spirits

You can use one or all of the symbols above as symbols of protection. I personally favor the pentagram unless I have a specific reason to use a different one but use whichever one appeals to you. If you’d like some guidance then take a few minutes to take our magic ability test.