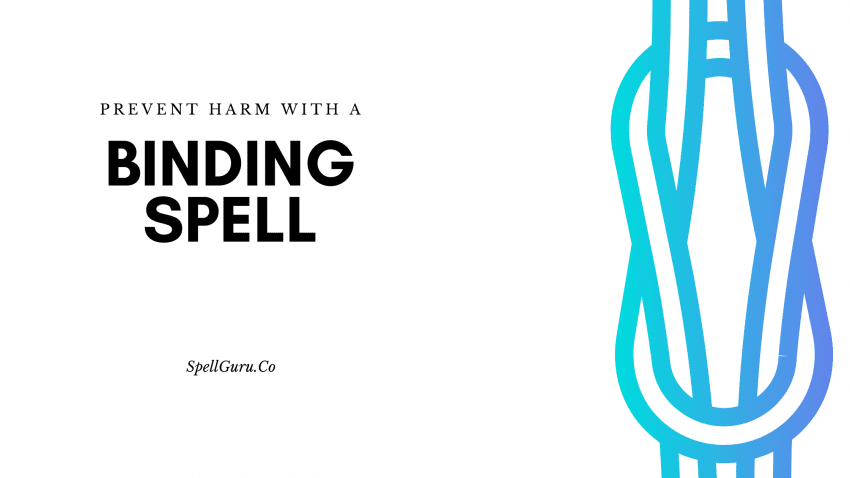 Binding spells are used for a lot of different things. This is our coven’s binding spell to stop someone from doing harm either to themselves or to others. It’s potent and can be done with simple household items, just be careful how you use it.

Our coven tries very hard to follow the Wiccan rule of three (we’ve covered that more here) which means we avoid trying to interfere with free will or acting against anyone else. If you break this rule the spell could backfire so if you’re not entirely sure you could consider something like a protection spell for someone else instead. There are some instances where it’s in the better good to stop someone from doing harm.

I do caution you using this ritual without proper cause. A binding spell should not be used lightly but if it’s for the greater good then at least make sure you take our magick ability test so we can pinpoint your innate strengths before casting.

Assuming you’re certain it’s binding magick you need to use, our coven has two main spells you can use.

Note: The internet is full of simple binding ‘chants’ and spells you can cast with just repeating a few words. A binding spell to stop someone from doing harm does require a ritual if you really need to bind them. Our Knot the Cord ritual only requires a few simple items but will take a little time to perform. 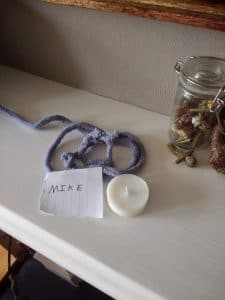 The ritual itself is fairly simple, as most binding spells are.

Place the item representing the person in the middle of the circle and take a moment to clear your mind. This is the hardest part of any binding spell. You need to infuse the item to represent that person. This means clearing your mind of everything else, as much as possible.

If you’re unable to clear your mind, the binding will not be as effective or potentially not work at all. Take as much time during this step as you need.

Don’t focus on the reason you want to bind them. Focus on them. Have a clear image of their face in your mind’s eye and only proceed with the rest of the spell once you can clearly hold this mental image. 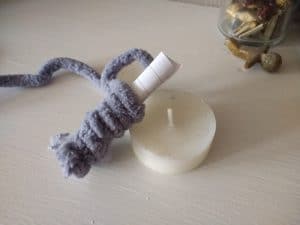 Take your cord and wrap it tightly around the item. The tighter you’re able to tie it, the better. Once you’ve finished wrapping repeat the following:

I bind you from doing harm.

By the goddess and this charm,

You will do no harm.

So mote it be.

Take an edge of the cord and (carefully) singe it just slightly with the flame of the candle. Immediately dip it into the container of water, you don’t want the cord to unbind completely.

After this, you must place the bound item somewhere safe. If the cord becomes unbound your binding spell will be undone. Some witches bury it underground or hide it in a forest. Every witch has their own preferences here but it could be at the back of your cupboard, as long as it’s kept undisturbed.

Using a binding spell to stop someone from doing harm can take a lot of focus and energy. If you need to rest afterward but I do suggest moving the bound item as little as possible so wherever you’re going to keep it, do it as soon as you can.

Note: This is a simpler ritual which is much easier to cast but is far less potent.

This ritual takes much less preparation. It should still be performed at night under a waning moon. Ideally, at a place and time, you won’t be disturbed by anyone.

Cast a protective circle around your ritual area and light the candle in the center of the circle.

Once you’ve got a clear picture of them, focus on your intent of the spell. Focus on what you want to prevent them from doing. Be very clear in your intent and, once you’re ready, allow the candle flame to burn the photo or paper completely.

Be careful during this step.

Once complete, blow out the candle flame and now treat the candle like you would the charm from the Knot the Cord ritual. Place it somewhere safe and do not use it for another ritual unless you want to undo the spell.

How Long Does a Binding Spell Take to Work?

I’ll cover some advice to make your ritual more potent (and faster acting) in a moment but with most spellwork, you’re unlikely to see your results instantly.

Spells take time to manifest fully. You may see some restraint in their action early on but as long as your binding was performed properly and your charm is left undisturbed the spell will continue to work.

If you feel like you need to see a faster result or need more strength to your cast there are some things you can do to make your cast most potent.

If you take a moment to help us find your innate abilities you can tailor your rituals to be more attuned with them.

It’s easier to undo a binding curse than it is to cast one.

If, for whatever reason, you feel like you need to unbind the person it doesn’t take a ritual just undo the binding charm you’ve made. Witches spells work by infusing their intention into the universe and our binding spells to stop someone from doing harm infuse these intentions into the charm you create during the ritual.

Simply take apart the charm and (if possible) destroy the items you used to bind them. The spell will unravel very quickly afterward. 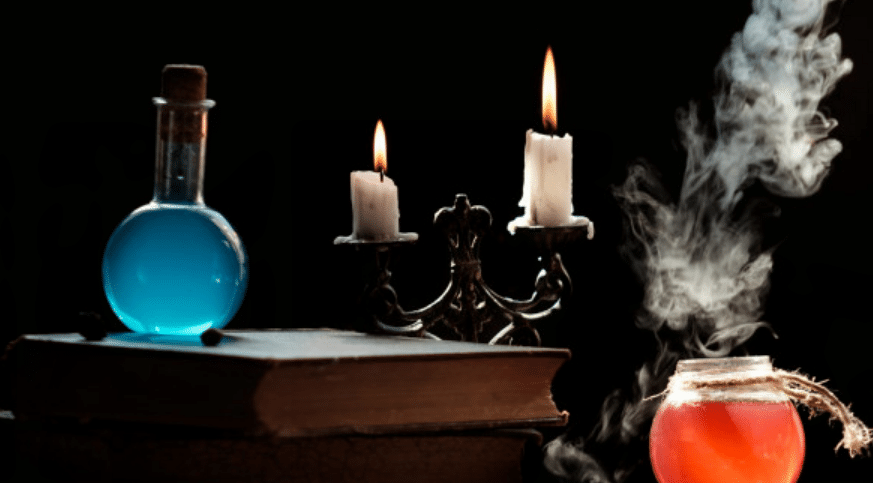 When to Use a Binding Spell

If you feel that you are being targeted negatively by someone in an effort to control or frighten you, A binding spell could be the ideal solution to stop them. Performed properly, a binding spell will not hurt or harm the person only effectively stop them from harming you – mentally, physically or emotionally.

There are numerous examples of the type of situation that you could find yourself in that needs action. It can be an overpowering work colleague or someone who likes to bully. It could be someone who is a business rival who is trying to get the better of you. Sometimes, it can be an ex-partner who is harassing you into taking them back or it could just be someone you know, who, for whatever reason, wants to harm you or your family.

Binding is a very old type of spell that has been used throughout history to stop someone or something from harming a person or group of people. Magical binding has been successfully used to stop many types of negative behavior such as stealing and bullying. In February 2017, witches from all over the United States joined together to cast a binding spell on American President, Donald Trump, to stop him from harming people.

Binding was first used by the ancient Greeks who called it called Katadesmos. When one person had caused another harm, curse tablets or spell tablets were used as part of the binding magic which often evoked the help of ghosts and spirits to stop that person from harming any other people.

Although binding spells were originally used to stop people causing harm, today there are positive forms of binding too. These include the handfasting ceremony that is becoming increasingly popular in marriage ceremonies. Ribbons or ropes are used to tie a symbolic knot that ‘binds’ the couple in love and their relationship. A protective binding spell can be cast to protect a person or bring them good luck and to protect a baby or young child.

The important point to remember, if you intend to use a binding spell is that you must be clear in your intentions and to know exactly what you are doing. You must think things through carefully and it is wise to remember that any strength you put into casting the spell will be returned – three times stronger. Be very precise in who you are targeting with your binding spell and do not use this type of spell flippantly on yourself as it can backfire quite dramatically.

It is also very easy to accidentally bind yourself to your own negative thoughts by repeatedly telling yourself that you are not good/ clever/ pretty enough. Soon your thoughts can become true.

Used carefully though, binding spells can certainly prove very useful to all witches.