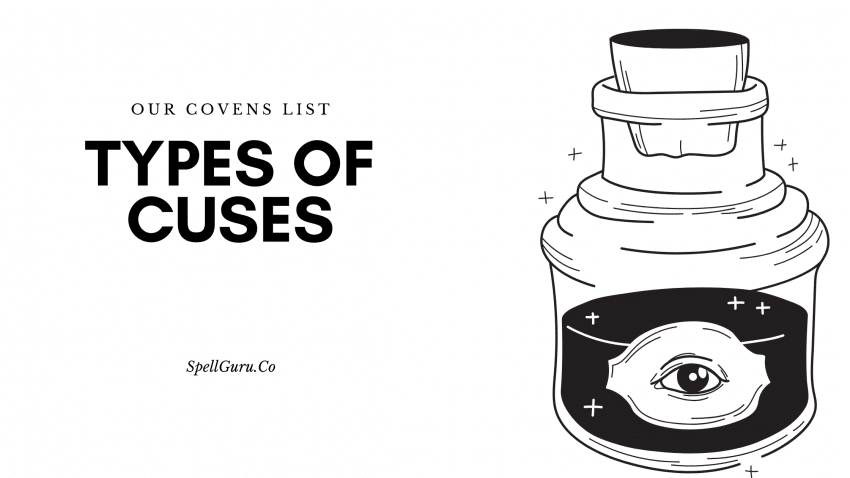 Curses can be found in many spiritual movements around the world today. They usually bring bad luck and misfortune using supernatural powers and this can include (amongst other things) unexplained sickness, a missed opportunity, or loss of money. There are a variety of curses that you could come across and it is important to know the main different types. There are a wide variety of curses that can be used and some are quick and simple – and consequently, the most popular – and others are very long and with elaborate rituals.

We’ve looked at how to tell if someone has put a curse on you before. Now we’ll look at the different types of curses you might have to deal with.

Quick and Easy Curses Are the Most Common

Spitting is certainly a quick and powerful curse. Whilst spitting at someone is certainly not likely to be well received and is in fact illegal in many countries, it is still quick and effective to spit on the ground very close to that person or to spit on an item that belongs to them such as a piece of their furniture. It has to be something they are likely to touch so door handles and car doors are popular choices – especially as they are more easily accessible.

The ‘Evil Eye’ and ‘Taglocks’ are Also Common 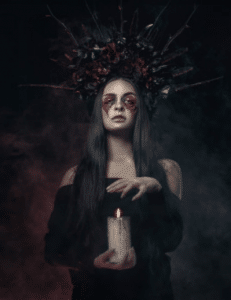 Another quick and easy curse is to give someone ‘the evil eye’. This is usually a curse that is linked with envy, done by someone who is envious of something you own or your success. In Greece, many people wear a blue glass charm of the ‘evil eye’ to ensure that they are protected and you will often see them pinned on the clothes of new babies to protect them too. If the person who wishes you bad luck can obtain a ‘taglock’ their curse will be more effective. A taglock is a piece of your hair, nail, photo, or jewelry, so it is always best to keep your possessions safe.

Unfortunately, because of the ease of their use, it is not uncommon to be the recipient of a verbal curse. These of course are negative and are usually because you have caused envy for just about anything- clothes, car, success, money – the list goes on! The next stage from a spoken curse is a written one. This may be done with a paper and pen or sent via computer. Sometimes the person’s name is written on a piece of paper that is burnt or written, or it can be etched in mud or sand and then walked on by the curser. It is common to find curses written in dirt on a car or sprayed on a wall – these are usually just a word or phrase but can be very effective. One way that is gathering in popularity, is for the curser to write the name of the person they want to curse on the sole of their shoe or their tire tread as this well reinforces the curse throughout the day. There is a chance that you could be cursed accidentally – if only the first name (no surname) was written on the paper and you share the same name as the cursed person, you could start experiencing a run of bad luck

How To Break A Curse

A curse is real – even if it does sound as though it came from a fairy tale – and curses are a frequent occurrence today across the world. A curse is a bad and negative spell, cast by someone wanting to cause you bad luck, misery – and in some cases, harm. The most important point is that there are successful ways that a curse can be broken and it is well worth noting some of these.
If you do feel that a curse has been made on you, it is important to remain upbeat and positive whilst you deal with the situation, rather than let your imagination get the better of you. It is also important to remember that in most cases, when someone suspects a curse has been made against them it is unlikely, in contrast, most people who have been cursed, do not realize they have and just put events down to bad luck.

If you want to break the curse yourself, but you are not into witchcraft, there is a spell that you can cast yourself. You will need an empty glass jar and a length of a string. Wrap the string around the neck of the jar and fasten with a knot as you chant:

‘Any curses placed on me. I now bury in the earth deeply
The string I knot, once and twice, to turn the luck and make it nice.’

When you have done this, bury the jar in your garden. If you do not have a garden or somewhere suitable, bury the jar in a pot of soil. Leave the jar buried for three, six or nine days – or if you have your own lucky primary number, choose that instead.

Once the time has passed, remove the jar from the soil and hold it tightly in your hands as you say:
‘The curse was buried deep, the hold over me can now leap’

Once you have said this, break the jar and carefully dispose of the broken glass.
If you would like to try a different spell to break the curse, there are several videos on youtube to watch and there are a number of books available on Amazon.

The best way to protect yourself is to be kind to others and show them respect. Be modest and not tell everyone your business so that they have no cause for jealousy. If you are interested in witchcraft, learn a few spells that will protect you or regularly burn sage in your home and all should be fine.