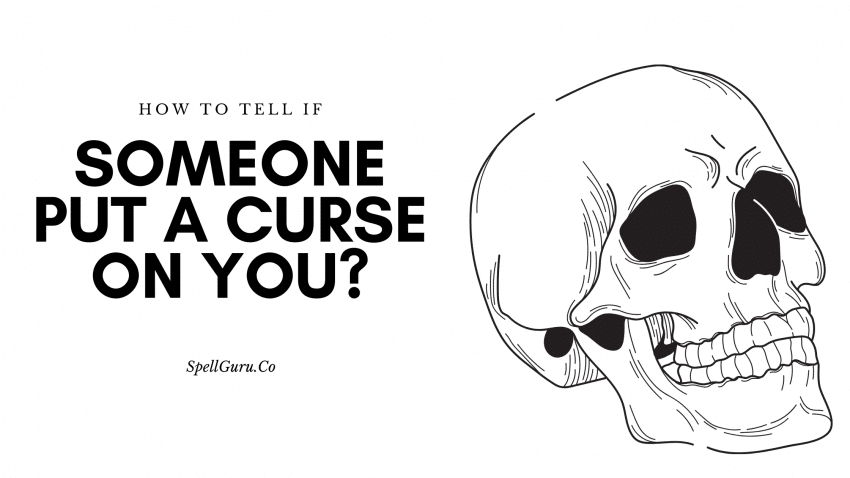 It is true to say that a run of misfortune can happen to anyone at any time and whilst a curse is really unlikely, you probably would still like to know if a curse could be the reason for all your bad luck. You must question why you think you have been cursed, after all, what have you done to incur such wrath? If you do have an incident in mind, is that person a witch or is it possible that they would have shelled out some money to a witch to cast a spell on you? In reality, do you think you could be blowing things out of proportion?

We’ve looked before at the signs someone is hurting you with voodoo but this time we need to take a closer look at curses overall which, in many areas, are more common.

If it makes you feel better it is worth reading through this tick list but the chances are that 99% you are just experiencing one of those rotten periods in life – many Grannies would say that after two things have gone wrong, you should break a matchstick to stop the third from occurring!

If you are really convinced that someone has put a curse on you – and we are adamant that it is unlikely – you need to read this tick list and if more than two of the signs of a curse have occurred, there are effective ways to undo a curse.

1. Have you been ill with an unexplained illness?
Have you visited your GP and they have drawn a blank when trying to decide what is the cause of your illness? It is true that spells and hexes can be cast on people to make them ill.

2. Have you had a real string of bad luck? 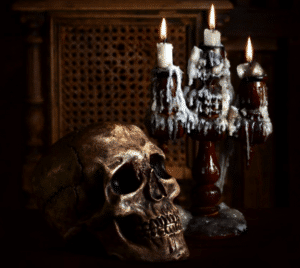 In reality, this means plenty of things going haywire over the past few weeks when usually you are quite a lucky person. Now tempting though it is to believe that you have been cursed, could it just be true that you have made a series of bad decisions? Bad luck of course is a ‘blanket term’ for sudden health problems, money worries, techie issues with your mobile and laptop and your car breaking down.

3. Are animals behaving strangely?
Often curses include having familiar animals being sent to spy on you. Have you seen an animal that is around you more than usual or worse still, have you found an animal dying on your doorstep? Sometimes this can be the sign of a curse.

4. Beware of broken glass.
Again, this can be a warning if you find it on your doorstep or in your garden. This is a really old sign of a curse as bottles containing the curses would be thrown at the front door and they would smash, releasing the curse

5. Are you experiencing negative thoughts?
Are you usually a bubble extrovert and a positive person who suddenly seems to be weighed down by really, depressing negative thoughts? Think about the source of these thoughts. Do you feel that they are coming from deep inside you or are they from outside? If they are the latter, it is possible that they could be the sign of a curse. Coupled with this could be a broken relationship. Not necessarily a romantic relationship, any type of relationship within your family, friends work colleagues. Many black curses are cast to ruin lives and cause havoc.

6. Have you found anything strange near your home?
Strange objects can also mean symbols and it can be unnerving to find these in the vicinity of your home. Sometimes, these objects can smell strange with almost ancestors and favorite gods to help you. Keep strong and positive throughout as this will have an impact too. You will need to cleanse both yourself and your home thoroughly. Smudging is the most effective way to do this and afterward you need to cast some pro a negative smell. On the ‘flip side of the coin’, have you lost anything recently? Often to cast a spell successfully, a piece of your personal property will have been required to make the spell more powerful.

7. Watch out for bad omens.
It is true that often, what is considered a bad omen can be easily explained away, but seeing a bad omen when you are already suspicious that a spell has been cast against you can help to confirm things to you. There are so many different bad omens, that it is impossible to list them all but popular ones include seeing six crows sitting on your roof, a bird flying into the glass of your window and many sudden unexpected noises outside.

8. Localized weather problems.
Believe it or not, if the spell that has been cast against you is strong and effective, you could find yourself experiencing really bad weather that is localized to your house!

9. The feeling of being watched.
This can definitely be a disarming feeling. You may find animals looking at you quizzically or find that you do not want to look at your image in the mirror. Not surprisingly, this is closely linked with sleeping badly and waking up feeling totally unrefreshed.

10. Receiving hate mail.
This can either be by letter in the post or now, in a modern way, by email or text on your mobile and this could prove that someone has cast a curse on you. If you receive such a thing, handle it carefully as it could be full of negativity.

How to break a curse cast on you

If you have come to the conclusion that you really have a curse on you. You will need to use divination to help break the curse and to call on your protective spells including a protective barrier around your home and request that your god does the same. Create plenty of positive energies around you and then promise yourself to dwell on the matter no longer as the curse has been broken.