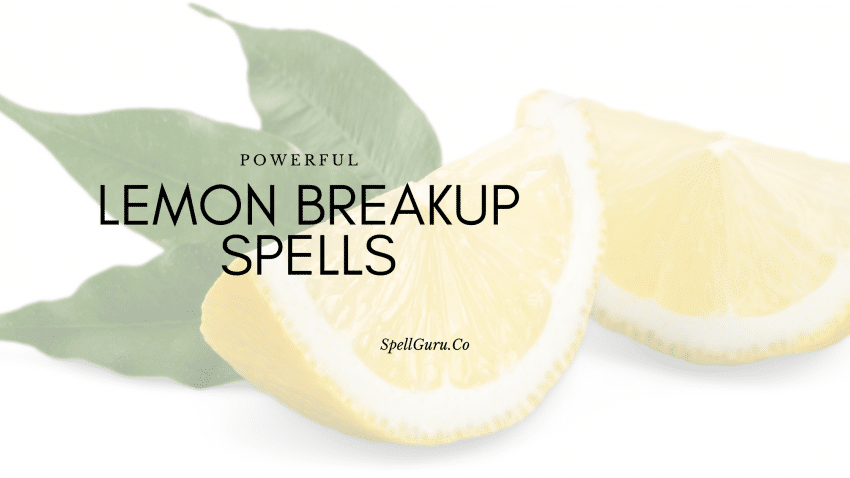 If used unethically a breakup spell will reflect back on the caster. The Wiccan rule of three is not something you want to mess with. If it’s love you want to attract into your own life then I suggest a love attraction spell instead.

Before casting these spells I do suggest taking our magick ability test so we can help you narrow down your innate ability first.

The ‘Citrus Freezer’ Lemon Spell to Break Up a Relationship

This is the spell I would suggest using to break up a toxic relationship. Simple, potent and its origins go back a long way. 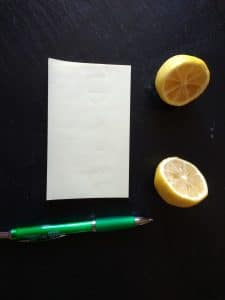 This spell should also be cast under a waning moon but if you really can’t wait for this phase you can cast it sooner and re-cast it later on. It should be cast in direct moonlight, ideally outside but through an open window if you really need to cast indoors.

Begin as you would begin any ritual. Cast a protective circle around your ritual space and make sure you have everything within reach.

Allow your mind to calm and clear. Take the paper and pen to the center of the circle. Picture the couple firmly in your mind and write their names on opposite sides of the paper. Give the ink enough time to dry.

Carefully slice the lemon in half and squeeze each half of the lemon over both names. Use as much of the lemon juice as you can. If you do have a photo, allow the spillover to run onto the photo. 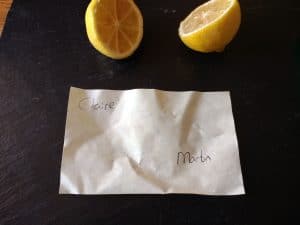 Once you’ve finished, use the knife again to carefully cut the paper in half, separating both names. When both sides of the paper are completely separated roll the remains of the paper into a ball and repeat this chant:

Part this couple,
Cut the cord.
Make them double,
With this ward. 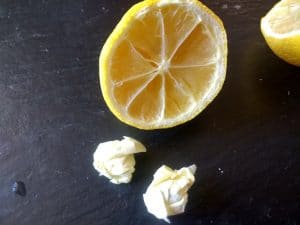 Place both pieces of the lemon in your freezer and leave them there for at least three nights.<

This lemon breakup spell is a little different and needs to be cast outside. Preferably under moonlight but you can cast this one during the day if you prefer.

Again, cast a circle of protection around your ritual space and allow your mind to clear. Write both names side by side on the ribbon. Picture clearly in your mind’s eye the couple breaking up and holding that image as you slice the lemon in half (carefully) with a knife or the scissors.

Finally, bury both pieces of the ribbon under the earth. As far from each other as possible.

How Long Does This Take to Work?

Always a tricky question to answer as it depends on several things. This spell might work almost immediately causing an immediate fight between the couple or it might slowly unravel them over a long period of time.

If you want to speed up the results of the spell, let my coven and I help you improve your casting potency and experience.

Why Use Lemons in a Break Up Spell?

If you’re in a rush, there are break up spells without ingredients you can also use. As with any type of spellcraft, however, the results you get from it will match the effort you put in. Lemon has long been used for this type of spell because it’s affinity just suits so well.