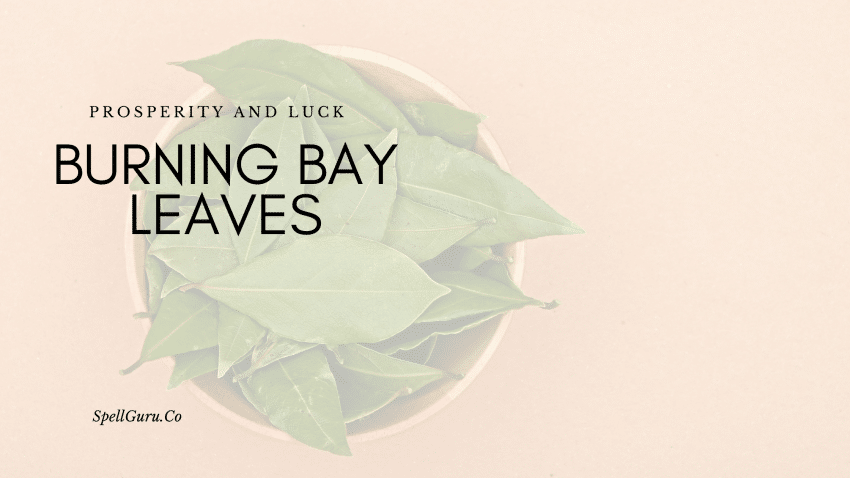 I’ve always been a huge fan of burning bay leaves for prosperity and luck. We have a lot of different spells to invite prosperity and wealth into your life but a combination of a bay leaf and some basic candle magick makes it both a potent ritual and easy to cast with nothing more than household items.

A bay leaf is a powerful herb often used to manifest your wishes and clear negative energy. It’s used in a multitude of spells by our coven and will last a while when stored correctly so don’t be afraid to stock up and keep the extra for use in other spells.

If you haven’t used bay leaves in a spell cast before then take our magick ability test first and we’ll help find your innate affinities.

Bay leaves are used to invite positive energies into your life. You’ll find them in many manifestation rituals and burning a bay leaf acts much like activating a sigil. Once charged and burned it unleashes our will into the universe.

A bay leaf (or Laurus Nobilis) can be easily found in your local stores but has long been used in rituals dating long before we had local stories. Its main use surrounds prosperity and abundance and this is where it is most effective – however, you’ll find them used in many different types of ritual. 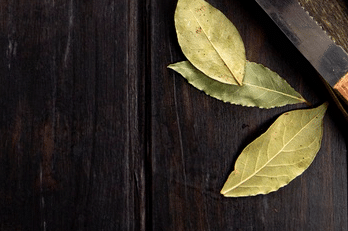 You can burn bay leaves in your home or drink bay leaf tea however it’s important not to eat whole bay leaves. They may not break down and cause issues.

Ease of Use: Beginner level

It’s important these items are kept specifically for your spell casting. The candle doesn’t need to be anything special but do not use one which has been used for general household purposes. The pen should also be used specifically for casting purposes.

Before beginning your ritual, we’re going to carve this rune for prosperity into the candle. It doesn’t take an artist but try and be as neat as possible. It doesn’t need to be deep so a pen or butter knife is enough.

We’re also going to draw it onto each leaf with the pen. Each leaf might be a different size but try and be as even as possible. This is a Norse rune for prosperity and you’ll still see it used in a lot of modern-day prosperity rituals. 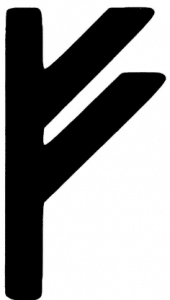 Make sure your bay leaves are dry and intact. Try to avoid using a torn leaf and undo any folds. Fresher leaves are preferable if you’re able to cut and dry them yourself but as long as they’re in good condition they’ll serve their purpose.

Once the ink is dried from the rune, flip them over and write the first name(s) of anyone you want to invite prosperity for. This could be yourself and/or other people either spread over the different leaves or on every leaf. Just make sure you’re using exactly three bay leaves.

Once the runes and names have been added to your bay leaves leave them at least an hour to charge. If you’re able to leave them overnight that’s even better, the longer we give them the more potent your cast will be.

When you’re ready to begin, take everything you need outside. This cast should ideally be performed under a waxing gibbous moon but you can cast sooner if you don’t want to wait and recast on a later date.

Begin by casting your protective circle around the space you’re casting. Place your candle at the center of the ritual space and repeat this chant slowly while you light the candle.

I charge thee for prosperity.

For prosperity, I ask with Bay.

The universe, you must obey.

So mote it be.

Allow the energies around you to settle and calm your mind. Let the candle burn peacefully and once you’re ready to continue, take each bay leaf one at a time and (carefully) burn it right down to the stem.

Burning the bay leaf unleashes the energy and intent we’ve charged into them.

Whether it’s for prosperity spells or anything else, we can help you find your inner ability. Take a few minutes to take our magick test and we can help you improve your spell potency.