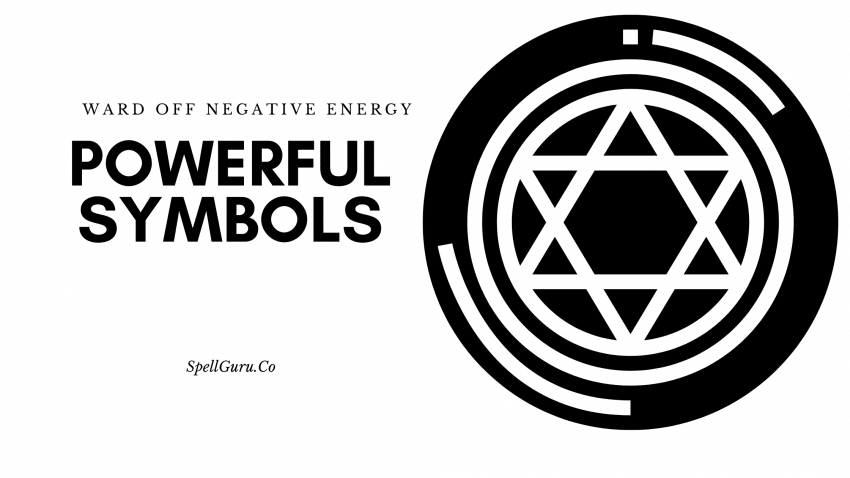 A great many of the spells our coven puts out are protective based and some are entire rituals involving many members. It doesn’t need to be that complicated though and sometimes all you need are some powerful symbols to ward off negative energy around your house.

Whether or not you actually need them, it never hurts to protect your home against negative energy whether that’s from spirits or another person wishing you ill. If you think you’re already up against something we’ve also a guide on how to tell if someone has a curse on you.

Or is it more protective spell casting you’re looking for? If you take a moment to take our magick ability test we can help you pinpoint your strengths to fight back.

Everyone loves the feeling of being safe and protected and protective magic is the most popular type. Since earliest times, people have used protective symbols to ward off bad luck. There are many different symbols – with their roots in different types of spiritualism – and each has a slightly different meaning. The best thing is to decide which one suits you best. These are the best-known symbols, but there are several others to research and learn about so that you can sense which one is the most powerful one for you.

Symbols of the solar cross have been found in various cave drawings and carvings dating from the Neolithic period and Bronze Age. The Solar Cross is an equilateral cross within a circle and is sometimes called a ‘wheel cross’ or ‘sun cross’. The Solar Cross represents light and the orbit of the sun. In ancient times, the sun was extremely important both because of its energy and also because it is responsible for the pattern of the days and changing seasons. The Christian cross and other religious symbols are all related to the Solar Cross.
The Solar Cross offers strong protection as it is linked not only to the sun but the winds from the four directions. The strongest part of the symbol is the perfectly balanced intersection of the cross and it is a powerful focusing point for meditation as it has a tremendous calming influence. 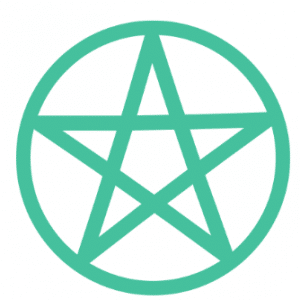 The Pentagram is a five-point star that gets its name from the Greek word ‘Pente’ meaning ‘five. It is the popular symbol of Wiccan spirituality and has been worn for generations as a symbol of faith and for protection.

The history of the symbol can be traced back to medieval times when it evolved as a symbol of Christ – each of its points representing one of Christ’s wounds. The pentacle later came to represent a human being and this can be seen in the famous work entitled Vitruvian Man by Leonardo da Vinci which portrays a man’s body within a pentagram.

For Pagans, the five points of the pentagram represent the four natural elements of earth, air, fire, and water plus Spirit. When you stand the pentagram up, it is important to always have the single point of the ‘Spirit’ at the top as a reminder that Spirit prevails over everything. The Pentagram is often enclosed within a circle and this represents infinity and the space around the pentagram is the natural fields of energy that surround the humans

Hamsa (the hand of Fatima)

This is a popular sign, frequently seen in the Middle East and throughout Africa. It is instantly recognizable as it is an up-stretched open right hand with the ‘evil eye’ in the center of the palm. This symbol is frequently worn as a lucky jewelry charm to ward off the evil eye.
Although this is a very ancient symbol, it does have a modern interpretation as today it is said that the hand is protecting and the five fingers represent the blessings of: love, money, health, wisdom, and power. There are modern variations depicting just the five fingers and it is said that those who wear this symbol as one giving them power and successor as a general one to prevent bad luck of any kind.
There are many variations of the Hamsa symbol, from simple line drawings of the five fingers to the very elaborate and stylized versions. It is a very common practice to personalize the amulet with words and symbols of power. A custom Hamsa charm can be as specific as you want it to be. Or, use it as a general charm against ill luck, jealousy, and poverty.

This is a very ancient Egyptian symbol and one of the oldest symbols in the world. The ‘Eye of Ra’ is also known as the ‘eye of the sun god’. It can be seen in many pieces of ancient Egyptian art. The eye is said to be all-seeing and protects anyone and everyone who glances upon it. The symbol of the Eye of Ra is a very stylized design because on closer examination you can see that the design has been created using geometry and mathematics. Wearing this symbol ensures eternal life and protects against evil.

The Triquetra (Celtic shield)
This has long been a popular symbol with Celts – both Christian and Pagan It depicts a circle with three interwoven knots and the design has no beginning or end. Not only are the knots infinite, but the circle that surrounds them is also too.

This is a very popular symbol that is seen wherever you travel in Greece – mainland or islands – or in the Republic of Cyprus. The ‘evil eye’ is a beautiful single eye on blue glass and can be found in a large size to hang in windows, as keyrings or as a lucky charm. Modern variations include wearing a single bright blue stone on your wrist.

It is said that anyone who wears this charm is protected from ‘the evil eye’ which is a negative glance made in envy because of what you are wearing or what you are achieving. The curse of the ‘evil eye’ can cause sudden illness, money worries and general bad luck, so the protection given by wearing an ‘evil eye’ is much appreciated. Often a small charm of the ‘evil eye’ is pinned on the clothing of young babies to protect them.

Other symbols include hexagrams (star shapes with six points made from two inverted triangles), runes, which are ancient letters) and crossed spears. There are everyday items too, such as red string worn as a bracelet (kabbalah) and black salt which can remove hexes and ward off spirits. There are many to choose from and the choice is yours – which gives you a lovely feeling of being safe and protected.

Named after the huge red planet with the same name and also the ancient Greek god of war, the sign of Mars is intrinsically linked to personal strength and also virility. It is a powerful symbol and is best used for protection by those receiving negative vibes from friends and acquittance.